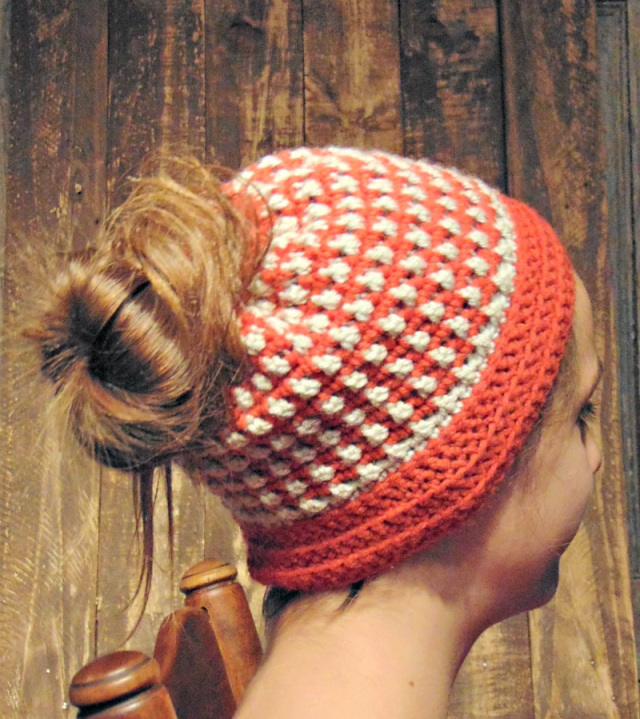 I don't know of anyone that hasn't really seen this style of hat....The Messy Bun Hat (MBH 101)It's a craze and I don't know why. The MBH has been around for ages. I made one in 2011 called the Swizzler's Hat/Ponytail Hat/ Cowl all in one pattern. I decided I might as well join the 100's of seasoned designers and amature designers, and design one of my own!